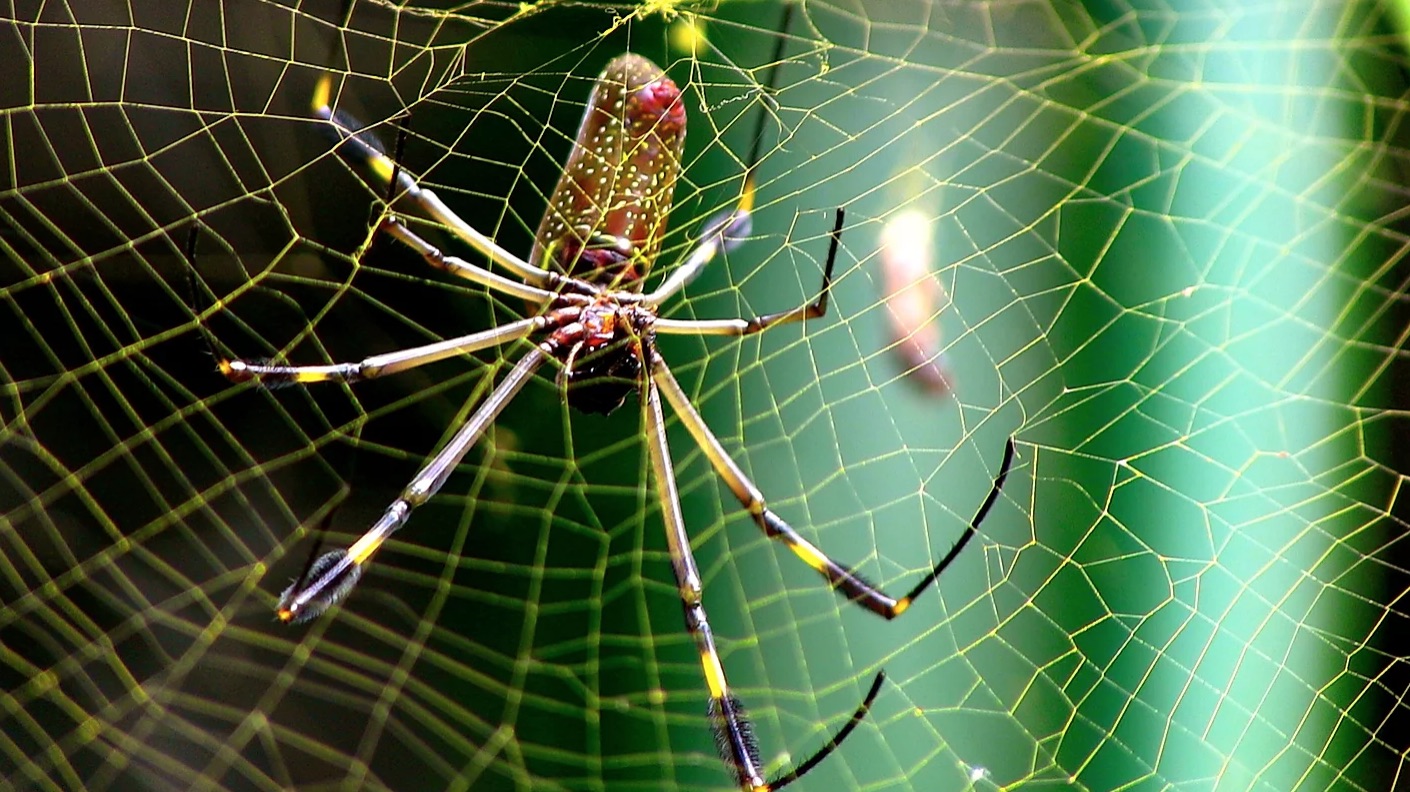 Most people aren’t huge fans of spiders, but the golden orb, is the exception to the rule. After researching this spider and seeing it in action, you can see why Spiderman should be a superhero. The golden orb produces the largest and strongest webs in the world. They produce silk five times stronger than steel and more flexible than nylon! The US military, civil engineers, biomedical techs, and clothing producers alike are searching for ways to mass produce the silk. It would be great to get away from the cotton (that's packed with environmental pollution and pesticides that is heavily imported from China).

While the critters have golden specs throughout their body, they were actually named after the golden webs that they create to match the afternoon light. As the background light changes, the spider can actually change the color of the web to match the new background mid weave! If a bionic, multi-color creating creature isn’t enough, the golden orb secretes it’s own pest deterrent, pyrrolidine alkaloid, to send the ants running.

The female spider is roughly 1,000x larger than the male. Can you think of the complex that would give this little fella’?  The size disparity is so large that, at times, the male can inseminate the female without her even noticing! To make matters even more annoying for her, males frequently live as a freeloaders on her web, eating her catch un-noticed. 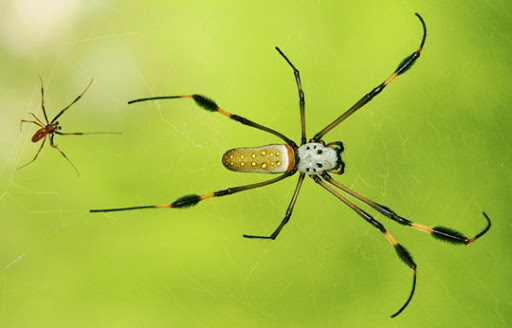 In human proportions, the web of a Golden Orb, could, theoretically, catch a passenger jet mid-flight! As the web entangles prey, it recoils, so as to avoid flinging the catch back the other direction. Two proteins are responsible for the yin-yang power pack, gylcine and alanine. They are laced together during the web spinning process. In addition to the incredible strength and elasticity, the webs are waterproof and enormous! They can span 20 feet tall (6m) and 6.5 feet wide (2m). If left undisturbed, they can last years! The webs often catch birds, but golden orbs don’t eat birds. Either out of consideration for birds, or because they grow tired of birds thrashing around in their webs, the orbs often leave a line of insect husks so that the birds can see and avoid their web.

Tribal populations in the South Pacific Islands have used the webs to make fishing lures and traps. In Southeast Asia, the webs are used as nets, simply swiping a curved stick through the web. The webs have even been used as a bandage to stop bleeding. To the New Guinea indigenous, they’re an edible delight. 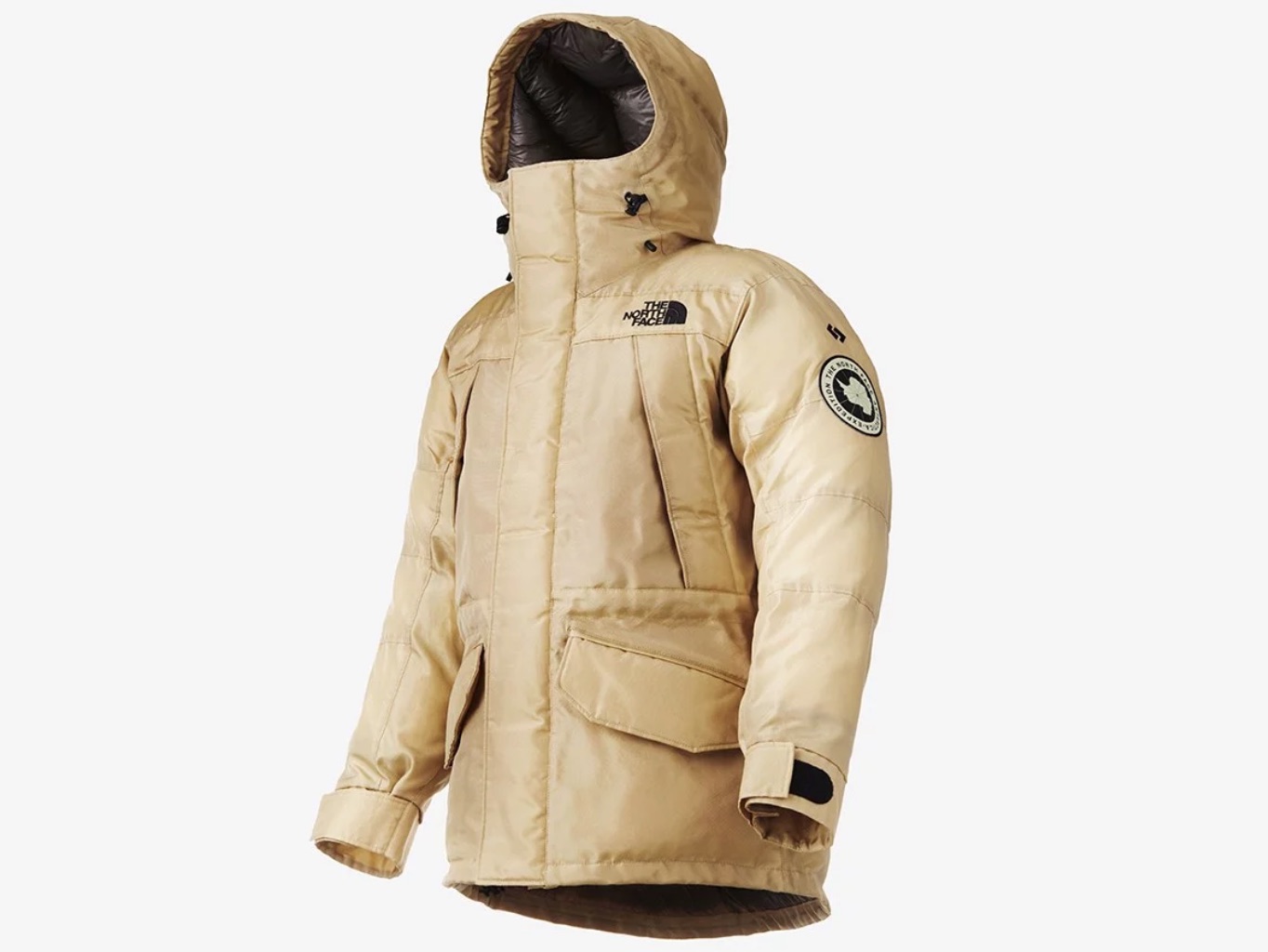 If mass produced, this silk could make:, lighter and stronger clothing, solar sails, space telescopes, suspension cables, ropes, parachutes, artificial ligament scaffolding, seat belts, bullet proof vests, and countless other things! The challenge is scaleability. Fourteen thousand spiders yields about an ounce of silk, so farms would have to have millions of spiders to yield enough silk. Also, they have a tendency to eat one another. Biotech engineers at Spiber are working on mimicking the science to create a more sustainable solution that has low carbon footprint. Their first prototype, Moon Parka, has been created in collaboration with North Face. I’m pretty excited to see where this goes!

The superhero worthy orbs are found around the world: Africa, India, China, Japan, Costa Rica, Southeast Asia, Northern Australia, and even in parts of the U.S. I once spotted one in Oklahoma City!